The Mandarin is Iron Man’s arch-nemesis and the main villain of Marvel comics. He was created by Stan Lee and Jack Kirby in 1963 as a foil to Iron Man, but his true identity remains unknown.

The Mandarin is the archenemy of Iron Man. He is a genius inventor and scientist who has been trying to take over the world for many years, with his army of brainwashed people.

Who is Fu Man?

“I pity you, Iron Man!” says the Mandarin. Because, despite the fact that you are completely unaware of my existence, you are at the top of The Mandarin’s list of people he has sworn to eliminate! And The Mandarin never lets you down!”

#50 in the Tales of Suspense series

An assassin infiltrates a fortress. A tyrant’s army has been terrorizing his town. He’s spent months plotting an assassination attempt against the dictator. He sees his objective while narrowly avoiding a security patrol. The dictator, dressed in luxurious royal robes, examines the charts, which describe yet another devious plan. Before lifting his pistol and firing the trigger, the assassin says a brief prayer.

The bullet pierces the target, which shimmers and vanishes. It was all a trick of the light. The light in the room is absorbed by a black fog. As something shocks the assassin’s body, it convulses. As waves of ice freeze his body, the light returns. The tyrant inspects his newly sculpted ice masterpiece. The assassin is decapitated with a karate chop. His body shatters into red shards as he falls. The Mandarin resumes his preparations.

One of Marvel’s most… troublesome villains is the Mandarin. He was conceived during a period when Yellow Peril villains were popular, but the passage of time has rendered his roots unpalatable. So, who exactly is he? How did he get his abilities? Has he become less of a stereotype as a result of subsequent writers? Let’s have a look.

“Others cower before me, but you ridicule me!” says the Mandarin. Others in my presence are immobilized by dread, yet you defy me! What kind of person are you?!”

#54 in the Tales of Suspense series

In 1964, Tales of Suspense #50 introduced the Mandarin. Stan Lee and Don Heck collaborated on his creation. Fu Manchu influenced him.

Gene Khan is a descendent of Ghengis Khan and the heir of one of China’s most illustrious riches. His family’s fortune was spent on research, combat, and martial arts instructors. His ancestral house was seized by the Chinese government because he could no longer pay the government’s taxes. Gene, who had just become homeless, hated society for his misfortune and vowed to conquer the whole globe.

Gene went to the Valley of Spirits, which was said to be haunted by the locals. He stumbled upon a spacecraft that belonged to an extraterrestrial dragon. Gene investigated sophisticated technology and claimed 10 ring-shaped gadgets that granted him superhuman abilities. He dubbed himself The Mandarin after conquering many towns with the rings.

The Mandarin attracted Iron Man’s attention when he started stealing aircraft and weaponry from Stark Industries. Although Iron Man’s armor was able to defeat extraterrestrial technology, The Mandarin was always able to elude the Armored Avenger.

Extremis: A History of the Mandarin

“Yes,” says the Mandarin. You have an unique gene that allows you to survive the Extremis metamorphosis. As for me… In the Great Culling, I shall perish with the rest. I will not survive to witness the results of my work, unlike you, kid. It’s a little cost to pay.”

The Mandarin was not the only Avenger who had a run-in with Iron Man. The Mandarin’s popularity was boosted by having him battle The Hulk, The Fantastic Four, and The Avengers, with varied results. To make him less stereotypical, they replaced his royal robes and Fu Manchu mustache with a work suit and goatee. The modifications make The Mandarin seem remarkably like Ra’s al Ghul, one of DC’s most famous Batman villains.

The Mandarin infiltrated the US government in order to create the Extremis Virus, a virus that made infected people smarter, stronger, and almost immortal. Unfortunately, it has the potential to kill 97.5 percent of humanity, including The Mandarin. Iron Man foiled the plot and was infected with a mutant form of the virus, giving him superhuman abilities.

After a botched collaboration with Iron Monger, the Mandarin was ultimately assassinated. The Ten Rings, which contained a piece of his spirit, were passed down to future ring carriers. Is The Mandarin, from The Lord of the Rings, really Sauron? Regardless, the ring carriers all evolved into different versions of The Mandarin, sometimes cooperating against Iron Man and other times attempting to take the other rings.

“Do I sense the cold fingers of dread clutching your heart… just as the ice itself rips at your armor?” says the Mandarin.

#86 of Tales of Suspense

The Mandarin is a brilliant scientist as well as a lethal martial artist. Many of Iron Man’s armors have been shattered by his strikes, which have struck weak points and seams. The Mandarin is a skilled swordsman as well.

The Mandarin’s trademark weapons are the Ten Rings. Each has its own name and level of strength. The Liar can mind control people and create illusions, The Lightning Ring shoots electric beams, The Incandescence Ring fires heat rays and may cause explosions, and The Daimonic regulates gravity.

The Nightbringer absorbs all light with clouds of “Dark Force” energy, The Spectral Ring fires a disintegrator ray but takes twenty minutes to charge, The Spin Ring grants telekinesis to The Mandarin, The Influence Ring manipulates magnetism and fires sonic attacks, and finally, The Remaker manipulates atoms and warps reality in a very small area.

The Mandarin is a dictator who adheres to a strict code of honor. Nothing can persuade him to violate his word if he offers it. He has even assassinated his own subordinates for behaving dishonorably. To make himself seem less of a monster, the Mandarin displays a pleasant and courteous demeanor.

The Mandarin’s Actors and Actresses

Did you get everything?

A conqueror-in-waiting who understands how to accessorize.

Since 2016, Jared Bounacos has been writing for.

The Mandarin is Iron Man’s arch-nemesis. He was created by Marvel comics in the 1960s and has since appeared in numerous Marvel comic series. Reference: the mandarin rings.

Why is the Mandarin Iron Mans arch enemy?

The Mandarin is Iron Mans arch enemy because he has a deep and long-standing hatred for the Mandarin.

Who is Iron Mans worst nemesis?

Who is Iron Mans arch nemesis? Release Date and Expectations Based on Episode 4 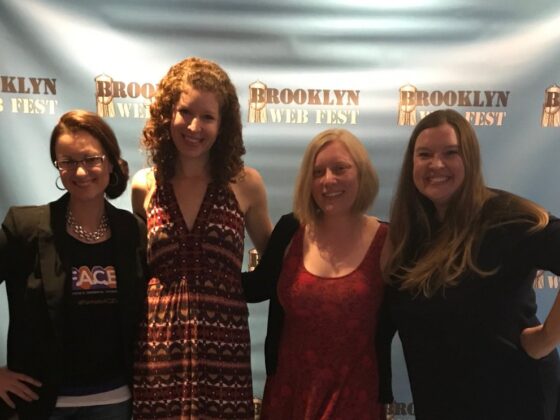